(This blog post was published separately on January 7th, 2019, as a Royal Economic Society Media Briefing, which can be found here)

How can we explain an average 20-year-old low-income American man having similar health to a 60-year-old high-income man?  In a study published in the January 2019 issue of The Economic Journal, Titus J. Galama and Hans van Kippersluis develop a new theory to understand the relationship between a person’s socioeconomic status and their health and longevity.

Their research shows that:

There is a complex relationship between health and socioeconomic status, which includes such things as wealth, income and education.  For example, income may provide access to medical care and lead to better health.  Equally, health allows people to work, so that health leads to better incomes and wealth.

It has been argued within academic studies that it is extremely difficult to understand this relationship without some guiding theoretical framework.  Motivated by this, the authors develop a conceptual framework of health, longevity and socioeconomic status in which health disparities are the outcome of constrained individual choices made over their life cycle. 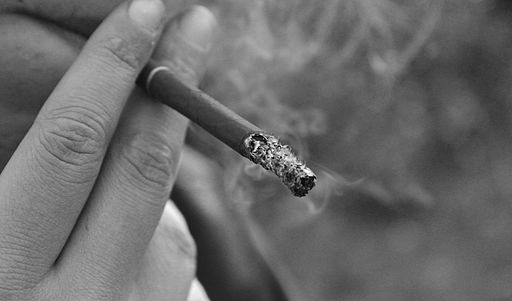 Their study shows that socioeconomic status increases the value people attach to their health relative to other things.  Through investing in health, people can extend their lives where they can enjoy consumption and various activities. Therefore, those who can afford it value health more; they favor health over consuming goods and services.

The authors also consider unhealthy behavior, such as drinking or smoking, and distinguish between two types of costs.  The “monetary costs” simply reflects that smoking and drinking costs money.  In addition, we know that smoking or drinking heavily worsens health. The “health cost” is the value attached to the lifetime consequences of reduced health.

These two types of costs raise an interesting point, according to the authors. Having wealth enables you to buy more unhealthy products.  However, wealth also increases the health costs by increasing how you value your health.  The researchers’ theory therefore predicts that richer individuals will engage more in healthy and moderately unhealthy behavior (as they have the means to purchase goods) but less in very unhealthy behavior (as they value the health consequences more).  Thus, those with a higher socioeconomic status are less likely to smoke or drink heavily and more likely to drink moderately – which the evidence on average seems to support.

They also find that the ability to postpone death is crucial to understand the association between socioeconomic status and health. The more life can be extended, the greater is the relationship between wealth and health. This suggests that in settings where it is difficult for wealthy individuals to increase life expectancy, health differences between socioeconomic groups are smaller.

‘A Theory of Socio-economic Disparities in health Over the Life Cycle’ by Titus J. Galama and Hans van Kippersluis is published in the January 2019 issue of The Economic Journal.