Aaron Klein, MPA, will present at the Schaeffer Center as part of the Fall 2019 Seminar Series.

Health and income inequality are inextricably linked. That linkage, and the underlying disparate outcomes, is exacerbated by a digital divide not well understood: access to financial services. We will explore a combination of two main factors, the payment system and income volatility,  work in combination exacerbating health inequality and precluding millions of families from enjoying the benefits of innovation.  And then, talk about nascent solutions to overcome these problems to enhance health and well-being for those working paycheck to paycheck. 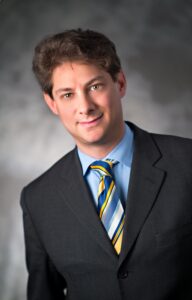 Aaron Klein, MPA, is a fellow in Economic Studies and serves as policy director of the Center on Regulation and Markets. He focuses on financial regulation and technology, macroeconomics, and infrastructure finance and policy. Previously, Klein directed the Bipartisan Policy Center’s Financial Regulatory Reform Initiative and served at the Treasury Department as deputy assistant secretary for economic policy from 2009 through 2012. He worked on financial regulatory reform issues including crafting and helping secure passage of the Dodd-Frank Wall Street Reform and Consumer Protection Act of 2010. He also played leading roles on housing finance reform, transportation and infrastructure policy.

Prior to his appointment as deputy assistant secretary in 2009, he served as Chief Economist of the Senate Banking, Housing and Urban Affairs Committee for Chairmen Chris Dodd (D-CT) and Paul Sarbanes (D-MD). During his 8+ years on the Committee he worked on numerous pieces of legislation include the Emergency Economic Stabilization Act (better known as TARP), the Housing and Economic Recovery Act, the Terrorism Risk Insurance Act, the Check 21 Act, the SAFETEA Act, and the Sarbanes-Oxley Act.

Klein is a graduate of Dartmouth College and Princeton University. He lives in his hometown of Silver Spring Maryland, with his wife and two young daughters.