COVID-19 has propelled infectious disease research in treatment and vaccine development to the top of the public health agenda. Americans are seeing firsthand the devastating effects of a highly infectious virus on all aspects of life. What policies are needed to prioritize infectious disease mitigation and treatments to protect against future outbreaks of this virus and others? Join George Scangos, President and CEO of Vir Biotechnology – a leading company in the development of a therapeutic against COVID-19, in a broad discussion with Dana Goldman, director of the USC Schaeffer Center, moderated by Vassilios Papadopoulos, dean of the USC School of Pharmacy.

The event has concluded. 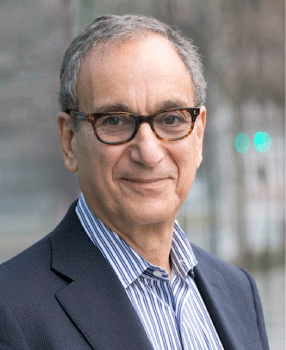 Scangos has served as a member of the board of directors of various publicly traded companies, including: Exelixis, Inc., since 1996; Agilent Technologies, Inc., a life sciences, diagnostics and applied chemical analysis company, since 2014; and Anadys Pharmaceuticals, Inc., a biopharmaceutical company, from 2003 to 2010. Scangos served as Chair of PhRMA in 2016, and as the Chair of the California Healthcare Institute in 2010. He was a member of the board of directors of the Global Alliance for TB Drug Development from 2006 until 2010. Scangos currently serves on the Board of Trustees of Cornell University and the Board of Overseers of the University of California, San Francisco. Scangos received his BA in Biology from Cornell University and a PhD in Microbiology from the University of Massachusetts. 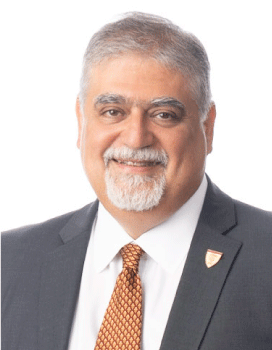 Vassilios Papadopoulos, DPharm, PhD, DSc (hon), was named dean of the USC School of Pharmacy in fall 2016. Before joining USC, he served as executive director and chief scientific officer of the Research Institute of McGill University Health Centre in Montreal.

A noted scientist and innovative leader, Papadopoulos has published more than 300 papers, holds numerous patents, and serves on many national and international advisory committees. He is an elected foreign member of the National Academies of Medicine and Pharmacy in France, fellow of the American Association for the Advancement of Science and fellow of the Canadian Academy of Health Sciences.

For nearly a decade, Papadopoulos led initiatives at McGill University Health Centre’s research arm, which resulted in more than $300 million in federal and provincial grants to build a state-of-the-art facility for clinical and biomedical research. He established the Desjardins Centre for Advanced Training to foster the development of future scientists and clinicians, and  a business development office to facilitate knowledge transfer and assist in the commercialization of technologies. Under his leadership, the Research Institute launched numerous international collaborations. In addition to his leadership roles, he held a Canada Research Chair in Biochemical Pharmacology and the Phil Gold Chair in Medicine.

A School of Pharmacy graduate of the University of Athens in Greece, Papadopoulos holds a PhD in health and life science from the Université Pierre et Marie Curie in Paris, and he worked as a postdoctoral researcher in France and Australia. In 1988, he joined the faculty of Georgetown University School of Medicine, rising to become professor and chair of the Department of Biochemistry and Molecular Biology. In 2004, he was appointed associate vice president for research and then director of the Biomedical Graduate Research Organization at Georgetown University Medical Center. He moved to McGill in 2007.

Papadopoulos’ research focuses on understanding the cellular and molecular mechanisms responsible for the initiation and maintenance of steroid biosynthesis in the adrenal, gonads and brain, in health and disease. He also examines the regulation of steroid biosynthesis, intracellular compartmentalization and homeostasis by hormones, chemicals, drugs, natural products and environmental factors. His goal is to understand the pathophysiology of steroidogenesis and develop new tools for the treatment of diseases related to elevated or low steroid levels or alter subcellular steroid compartmentalization as a means to block disease acquisition and/or progression.

His research has direct applications in reproduction and development, cancer, stress-related disorders, aging and brain-related dysfunction, such as Alzheimer’s disease pathology, and infectious diseases, such as HIV. His work has been supported by the National Institutes of Health, the National Science Foundation, private foundations, the U.S. Department of Defense, the Canadian Foundation of Innovation and the Canadian Institutes of Health Research, as well as the pharmaceutical and biotechnology industries. 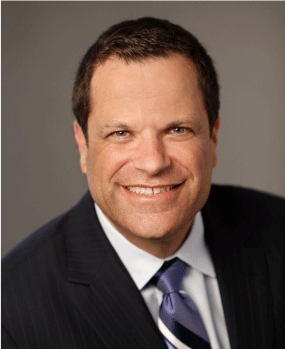 Goldman is the author of approximately 250 articles and book chapters in medicine, health policy, economics, and statistics.  He has served—or is serving—as a health policy advisor to the Congressional Budget Office, Covered California (the California insurance exchange), and the Fred Hutchinson Cancer Institute’s Outcomes Research External Advisory Board.  He is a founding editor of the Forum for Health Economics and Policy, and serves on several editorial boards including Health Affairs and the American Journal of Managed Care. He is a former director of the International Society for Pharmacoeconomics and Outcomes Research and the American Society of Health Economists. Goldman's work has been featured in The New York Times, The Wall Street Journal, Forbes, The Washington Post, Business Week, U.S. News and World Report, The Economist, NBC Nightly News, CNN, National Public Radio, and other media.

Goldman is also an Adjunct Professor of Health Services at UCLA and a research associate with the National Bureau of Economic Research. He was a co-founder of Precision Health Economics, a consultancy that provides services to health insurance, pharmaceutical, biological and health care technology companies, and he currently serves as a consultant to the firm.  He serves on a scientific advisory board to ACADIA Pharmaceuticals. Prior to arriving at USC, he spent 15 years at the RAND Corporation, where he held the Distinguished Chair in Health Economics and served as director of RAND's program in Health Economics, Finance, and Organization and the Bing Center for Health Economics.

Register Now The event you will register for is named Conversations on COVID-19: Prioritizing Infectious Disease Research in Treatment and Vaccine Development