Editor’s note: This analysis was originally published in The Conversation on Nov. 27, 2019.

New federal regulations finalized Nov. 15 require hospitals to make public all the prices they negotiate with insurers and health plans, starting in 2021. The aim is to untangle the hospital marketplace with a wave of consumer-friendly information that will promote competition that leads to lower costs.

Hospitals are not happy, but advocates of well-informed, patient-centered health care should be cheering.

I am a professor of health policy at the Price School and Schaeffer Center at USC and have published several papers and worked with startups that aim to improve price transparency and consumer decision-making. I’m among those cheering.

This is how much it cost me to get a TB blood test. I'm lucky I have insurance that covered it, but confused re: why this costs so much & worried about how much Americans are paying for even more complicated procedures. Our system is so broken. #PriceTransparency #Medicare4All pic.twitter.com/amBh4mUpMK

Hospitals already post online their so-called standard or “chargemaster” rates for the thousands of codes used in their billing systems. Almost nobody actually pays these rates; they are intentionally inflated prices that give hospitals an edge in negotiating with insurers.

Under the new regulations, hospitals, which account for about one-third of all health care costs, also have to divulge the actual rates paid by health plans and insurers for those same codes.

To help consumers make apples-to-apples comparisons, hospitals will be required to go beyond the individual codes and post their negotiated rates for a list of 300 so-called “shoppable” services that consumers might examine before selecting a provider. This requires hospitals to link services that usually accompany each other, such as laboratory and pathology charges along with surgery.

As for insurers, there is still a two-month public comment period before new regulations become final. As drafted now, the new law would force insurers to disclose negotiated rates, as well as rates paid for out-of-network treatments. They would also have to give cost information to consumers in advance.

This is one of the moments when regulations free a marketplace rather than restraining it. I believe health care desperately needs the cleansing effects of transparency, which can help reduce spending without hurting quality or access to care. It can also help reestablish faith from consumers, who believe that they are getting ripped off by unknowable forces in an industry that has outsized effect on their lives and finances.

A Win for Consumers, but Fear From Providers

The new regulations from the Centers for Medicare and Medicaid Services will by no means be a cure-all. But they take several important steps toward rebuilding trust in the health care system.

To those who are ready to give up on market forces in health care, the regulations may be seen as too little, too late. They argue that consumers in high-deductible health plans, who presumably have the greatest incentive to find lower cost services, rarely shop around. That is true, but that is largely because consumers don’t have the information they need. These regulations will help consumers do what they already want to do.

In fact, the advent of high-deductible plans under the guise of giving consumers “skin in the game” has been something of a cruel trick. They have been hit with higher out-of-pocket costs but haven’t been told how they can reduce them.

Hospitals and insurers see danger in the regulations. The industry business model is built around confidential rate negotiations. Hospitals fear that revealing their lowest prices will mean having to give those prices to all payers.

Insurers fear they will lose the ability to win deeper cuts than their competitors. Hospital groups are planning to go to court to block the regulations, arguing that prices stemming from closed-door negotiations are trade secrets, and that CMS lacks the authority to mandate their disclosure. 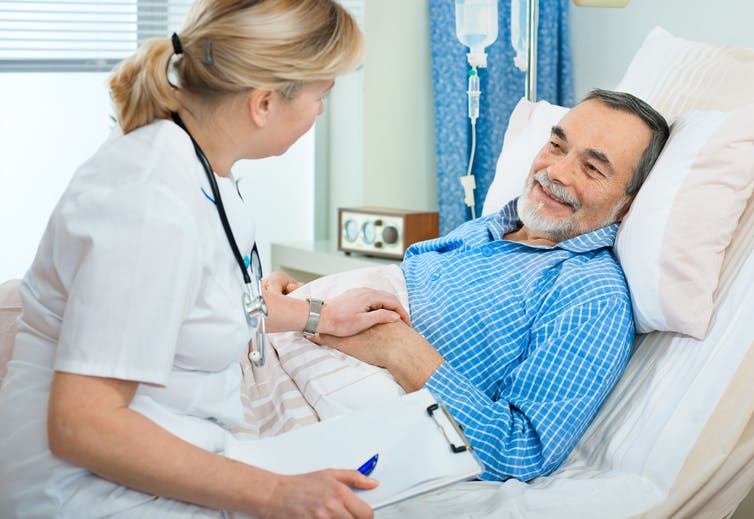 No doubt transparency will be disruptive, but I believe it is a risk worth taking. Making prices more transparent saves money. The regulations will spur greater price competition and reduced prices will benefit all consumers, not just those who will shop around.

We saw this when hospitals began reporting quality measures. Quality jumped despite consumers not using the information directly in making decisions. No hospital wants to be known as the lowest quality or highest priced facility. And public reporting of prices will be invaluable to researchers and policymakers on the lookout for unfair business practices.

Transparency is crucial to society beyond its effect on prices. Consumers and voters know something is seriously wrong with health care prices; they just don’t know what they can do about them. In the absence of real, actionable information about prices, patients will continue to conclude that they are pawns in a system built to obfuscate who is profiting from their health care dollars. As long as that condition persists, health care will drive cynicism at large.

Without transparency, providers and insurers lack proof that they are putting patients first, and that is a dangerous position indeed.