A USC Schaeffer Center panel illustrated how the U.S. political debate on pharmaceutical pricing is increasingly focused on the tradeoff between the need for innovation versus affordable access to drugs.

The panel on “What Role Should Government Play in Drug Price Negotiations” was convened a few days after bills were introduced in both the Senate and House of Representatives to enable Medicare to negotiate directly with drug companies.  The four-person panel split evenly over the advisability of the legislation.

Rawlins noted that British regulators have considerable sway over drug pricing, and the result has been a system that delivers drugs based on long term benefits.   Using the standard QALY measurement (Quality Adjusted Life Year), a drug that costs 30,000 pounds sterling per QALY generated will find it much harder to win approval than one costing 20,000 pounds per QALY, he said.

The system seeks to balance cost effectiveness, public finances and societal demands, he said, adding that “you do have to be prepared to say no” to some drugs.  Nevertheless, the British public likes it even if it means reduced choice in some categories.  “Any politician who dares question the basis for the National Health Service would lose his seat instantly,” he said. 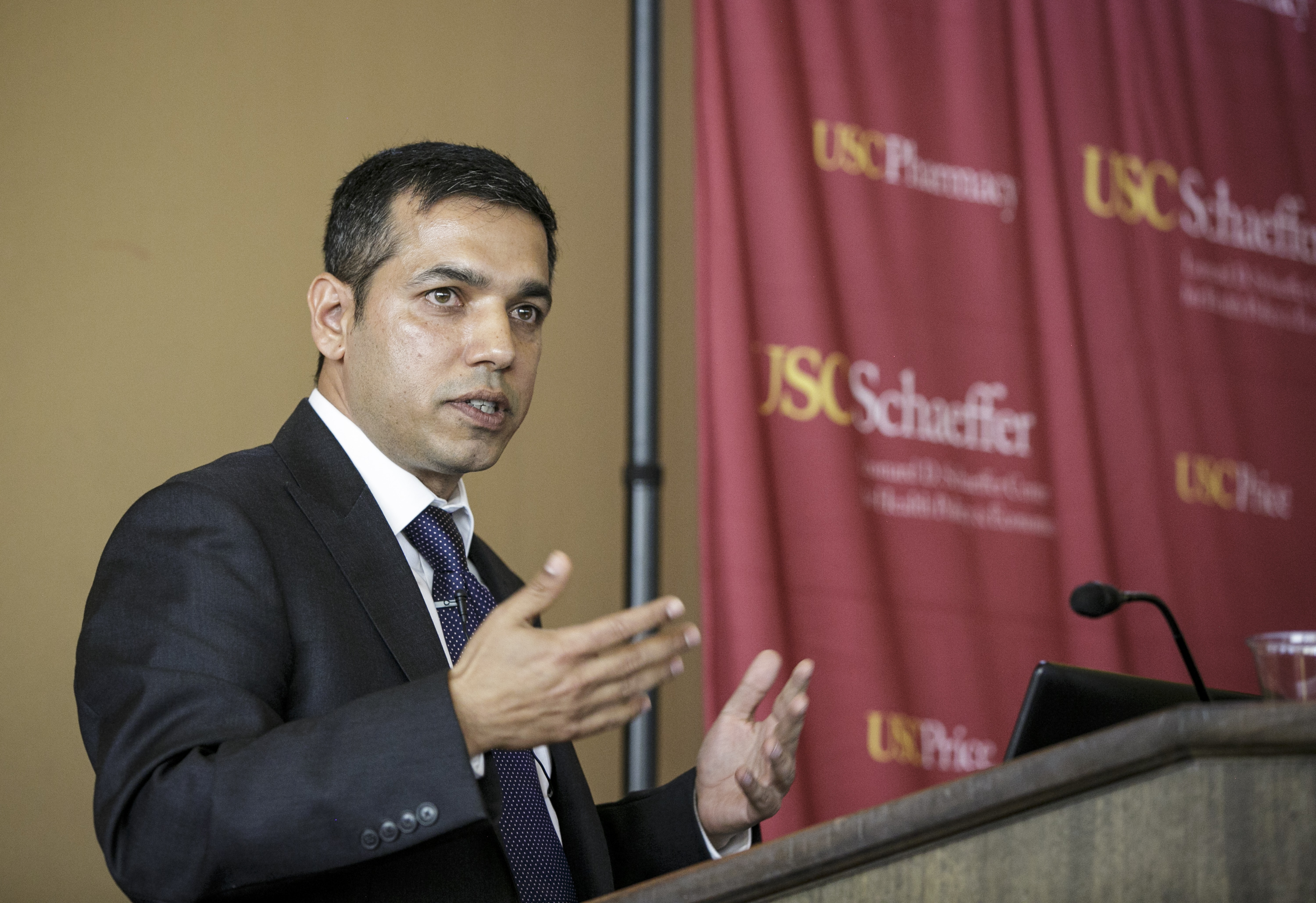 Sood said that getting Medicare involved in price negotiations would not likely drive down prices because the private insurance companies that administer the Medicare drug benefit already negotiate prices through pharmacy benefit managers.  The Congressional Budget Office has said Medicare direct negotiations “will not save a lot of money,” he said.

If the U.S. followed the example of other countries and simply set prices, the question then would be what would happen to spending by pharmaceutical companies on research and development.

He suggested a possible solution to the innovation dilemma, citing a recent National Academy of Sciences study he co-authored. The study concluded that if the government licensed patents for  the direct acting antiviral treatments for Hepatitis C for use in Medicaid and prison populations, access could be widely expanded while still keeping private insurance paying enough to encourage innovation. 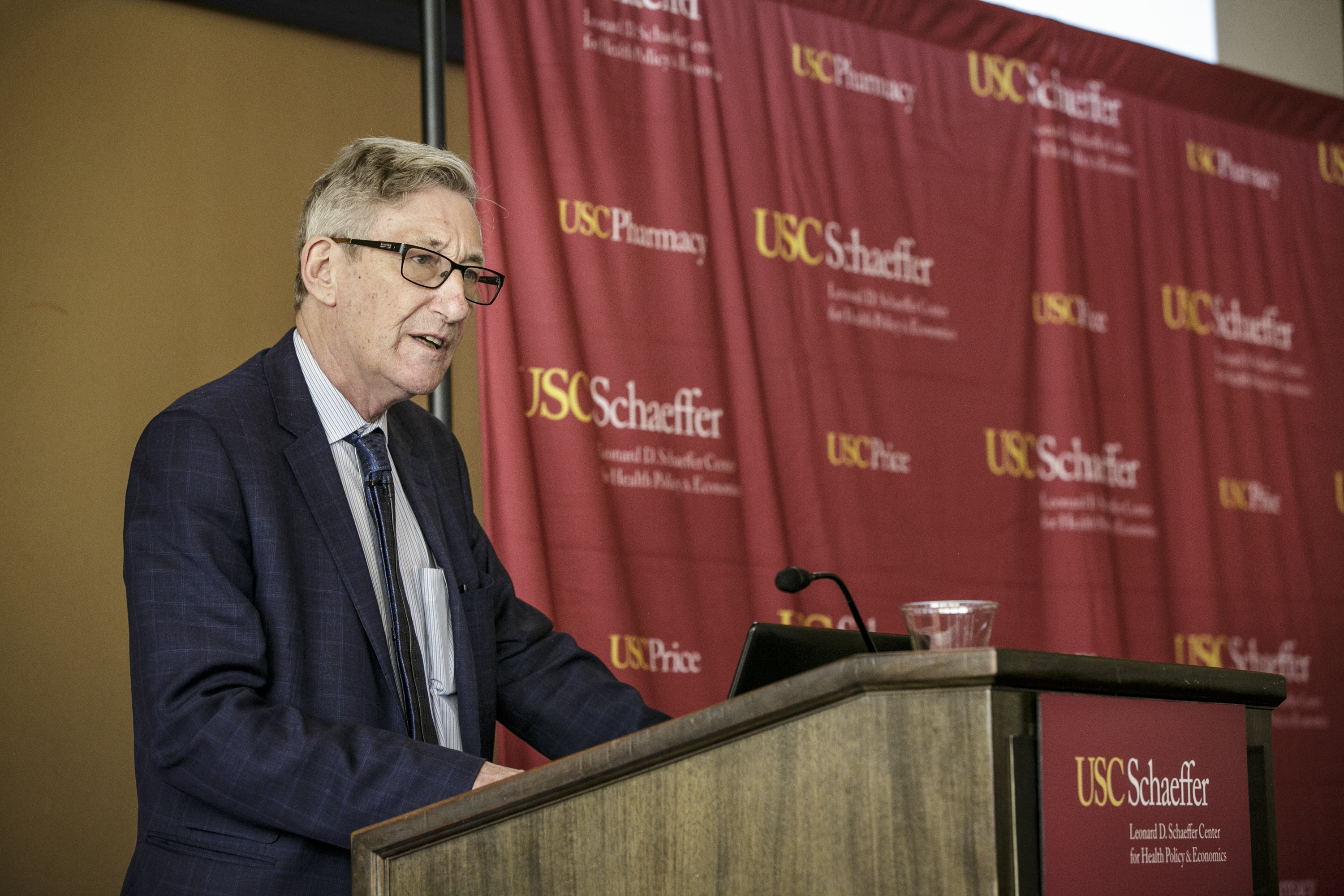 Lazarus said innovation is not an issue in many drug price cases.  A diabetes patient himself, he described several examples of escalating prices for long established remedies.  The price of insulin has tripled in recent years, he said.  Test stripes which cost 2 cents to produce are marketed for $1.25.  “It’s crazy,” he said.

The idea that consumers can fend for themselves and exert market pressure is nonsensical, he said. “This is not buying sneakers,” he said. “We’re not dealing with competitive pricing, it is predatory pricing.”

Sood agreed that the public needs to be protected from price gouging, and urged greater vigilance by the Federal Trade Commission and the Department of Justice, but questioned whether anecdotes about a few exceptional price increases detracted from the real problems.

Goldman noted that electricity prices are regulated, and some drugs need that kind of oversight.  “But if somebody has developed a cure for diabetes, that would be worth many billions of dollars.   How would you deal with it?”

He said cures like that come from heavy spending in research by private companies.  “Could we have a public model that would generate innovation? My experience with the National Institutes of Health is no.”

Rawlins said government regulators and industry should be focused on “what can we do to reduce the cost of developing new drugs.”

“You are talking about a lot of money. And thank you very much to the United States” for shouldering that burden, he said.

Rawlins also warned his American audience not to let elected officials get too close to pricing and access decisions, noting how Britain’s new Cancer Drugs Fund was quickly depleted as a result of political influence.  “Keep the politicians out of it,” he said.

Approximately 85 people attended the panel, which was held on April 3 at the Ronald Tutor Campus Center at USC. The session was live streamed and is available for viewing here.