In California, more than 2.7 million adults experienced serious mental illness (SMI) in the past 12 months. These individuals are more likely to experience lost wages, interaction with the criminal justice system, and lower life expectancy.

But, interventions aimed at educational attainment may help mitigate these effects. This is according to research conducted by a team at the USC Schaeffer Center and led by Seth Seabury, an associate professor at the USC School of Pharmacy. Seabury presented the findings to Sacramento lawmakers on May 7 at the Capitol Statehouse at a briefing co-hosted by the Schaeffer Center and the Steinberg Institute.

Mental illness is associated with significant economic and quality of life burdens, but measuring the cost effectiveness of interventions is challenging, explained Seabury. “The benefits are long term and the benefits accrue to different players. Our research aims to quantify the true benefits and cost over the lifetime, so policymakers have a more accurate idea of what is involved.”

About 50 analysts, staffers, and mental health advocates representing federal, state, and local offices attended the briefing, which focused on the devastating impact of serious mental illness in California and the nation.

For example, according to Seabury’s calculations, Medicaid pays 41 percent of hospitalizations for SMI in California. 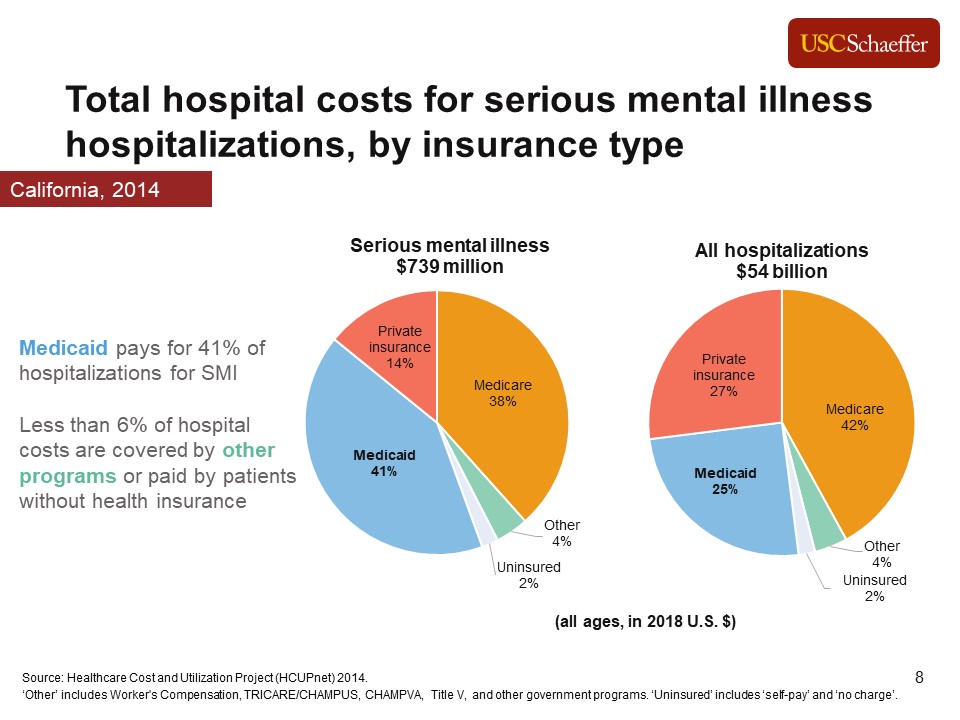 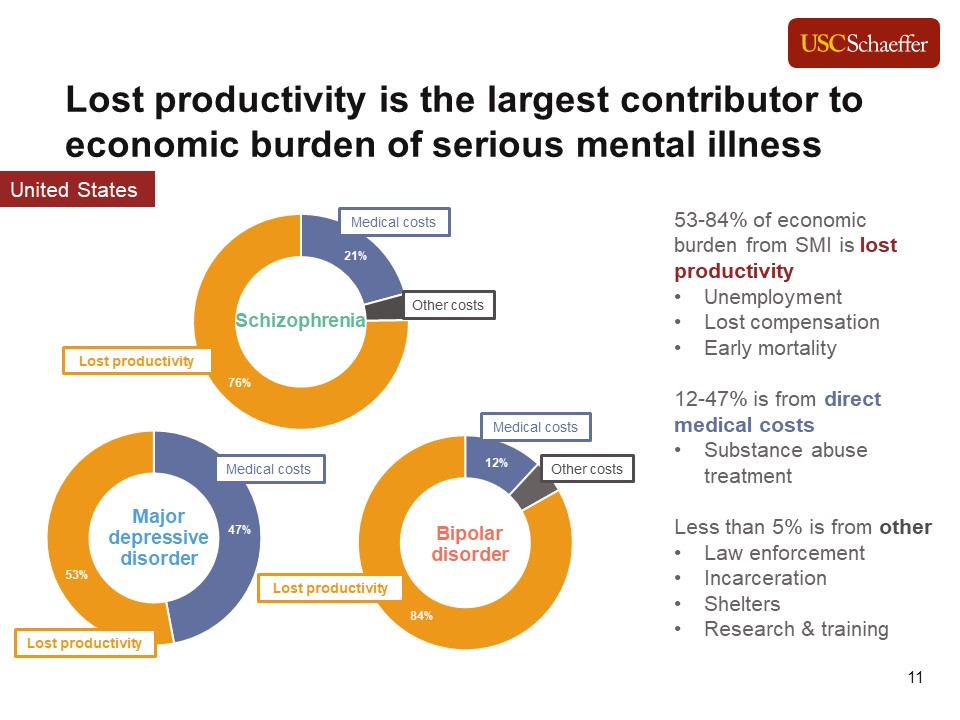 Interventions Accrue Benefits Over the Course of a Lifetime

Since there aren’t trials or interventions that reliably track individuals over the course of their lifetimes, it is challenging to measure the future value of today’s investments. Seabury and his colleagues used the Future Adult Model, a microsimulation model developed at the Schaeffer Center, to simulate experiences of an individual from age 25 to death. Using the FAM allows researchers to conduct hypothetical experiments and measure how they impact lifetime outcomes.

Seabury and his colleagues used the FAM to assess what the return would be if everyone with SMI were enrolled in a supported education program. Nationally, the lifetime benefits of such an intervention include one year of increased educational attainment, a reduced economic burden which results in a two-to-one return on investment over the lifetime.

In California, the simulation showed savings of over $900 million over the lifetimes of the roughly 16,600 California 25-year-olds currently living with serious mental illness if an early intervention to support educational achievement were implemented. “That’s a 1.6 rate of return on investment,” Seabury said.

“Think of the cost of intervention as an investment,” Seabury said during the briefing. Interventions that accrue benefits over a lifetime are challenging. “It requires patience, vision, and good measurement.”