In any country around the world, individuals’ ability to effectively manage their finances and plan for the long-term is critical to financial well-being in old age. Research shows that by both subjective and objective measures, consumers globally lack the financial knowledge and skills to confidently secure their own future. At the same time, demographic change is occurring faster than financial, health and social systems can be expected to adapt – as life expectancies increase, family structures contract, and individuals are left to face increasingly complex social protection systems and financial marketplaces. As a result, older adults today are facing longer periods in retirement, with dwindling formal and informal economic support.

Yet, research also shows that older women may experience greater economic vulnerability in than older men. In the United States, as in much of the world, gaps in financial security exist for older women, and widowed and never-married women, women with disabilities, and minority women have particularly high rates of economic insecurity in older age.

Figure 1: The gender gap in financial literacy by age group 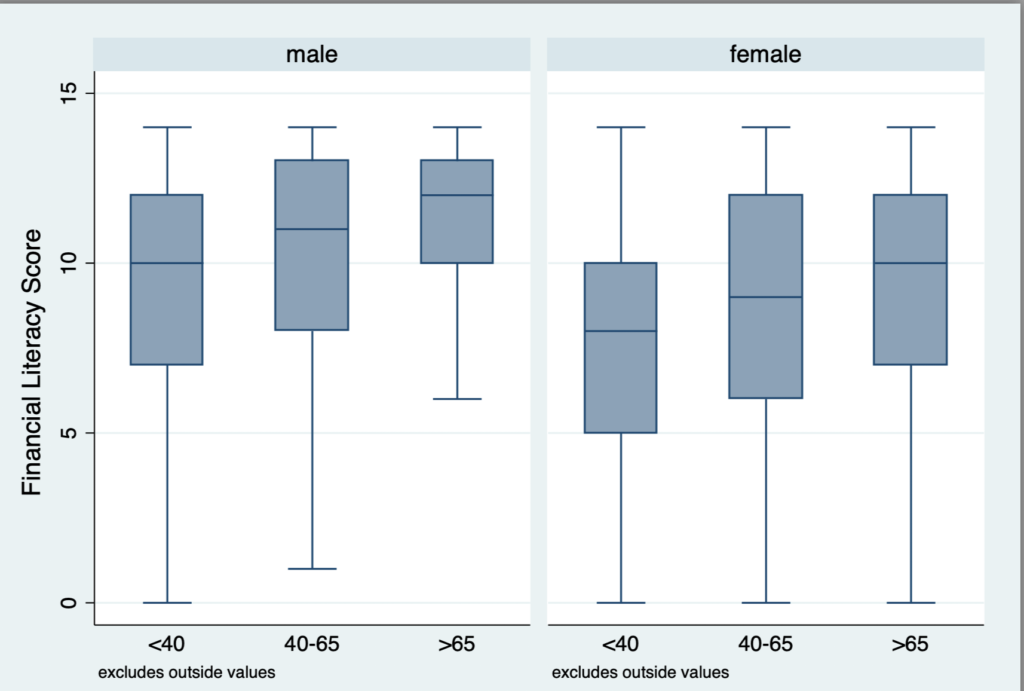 What are the implications of these findings? Our results suggest that financial literacy matters for all, but financial literacy alone cannot explain the differences in well-being for men and women. However, for older women, this relationship is more complex:  an increase in financial knowledge does not raise well-being as much as it does for men. This potentially points to the larger role of structural or environmental issues for women.

Growing evidence shows that interventions that deliver financial education can affect financial knowledge, as well as positively affect behavior. However, reviews of financial education in the U.S. and around the world have also shown that surprisingly, few programs target older women specifically, with the emphasis either on younger women or older adults more generally. Our findings suggest that tailoring programs to the needs of older women may be significant, and that there may be value in approaches specifically targeted at older women that emphasize how to translate knowledge into actions and, ultimately, well-being.

[1] This research is supported by a grant from Evidence for Action, a program of the Robert Wood Johnson Foundation.