Since being declared a global pandemic in early March, the novel coronavirus has infected more than 950,000 individuals across every state in the U.S. Policymakers are quickly developing strategies to mitigate its effects, prepare for a potential resurgence, and restart the economy while protecting public health. Join Schaeffer Center Director Dana Goldman in a discussion with Amgen Senior Vice President Steven Galson and Schaeffer Center Senior Fellows Bob Kocher and Darius Lakdawalla about public-private efforts to test and mitigate COVID-19. Dr. Kocher serves on Governor Gavin Newsom’s coronavirus testing task force and Dr. Galson is involved in coronavirus testing, research and development at Amgen and previously spent over 20 years in government service, including at the Food & Drug Administration and Centers for Disease Control.

Following the moderated discussion, the panelists will take questions from the audience. Questions can be submitted at any time during the discussion through the Zoom platform.

The event has concluded. View a video of the webinar below: 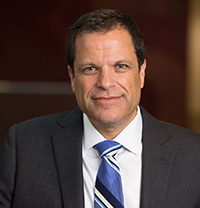 Dana Goldman, PhD, is the Leonard D. Schaeffer Chair and a Distinguished Professor of Pharmacy, Public Policy, and Economics at the University of Southern California.  He also directs the USC Schaeffer Center for Health Policy and Economics, a research hub for one of the nation’s premier health policy and management programs in the Sol Price School of Public Policy and School of Pharmacy.

Dr. Goldman is the author of approximately 250 articles and book chapters in medicine, health policy, economics, and statistics.  He has served—or is serving—as a health policy advisor to the Congressional Budget Office, Covered California (the California insurance exchange), and the Fred Hutchinson Cancer Institute’s Outcomes Research External Advisory Board.  He is a founding editor of the Forum for Health Economics and Policy, and serves on several editorial boards including Health Affairs and the American Journal of Managed Care. He is a former director of the International Society for Pharmacoeconomics and Outcomes Research and the American Society of Health Economists.  Dr. Goldman's work has been featured in the New York Times, Wall Street Journal, Forbes, Washington Post, Business Week, U.S. News and World Report, The Economist, NBC Nightly News, CNN, National Public Radio, and other media.

Dr. Goldman is an elected member of the National Academy of Medicine and the National Academy of Social Insurance. In 2016, he was appointed a Distinguished Professor at the University of Southern California in honor of accomplishments that have brought the University special renown.   He is a past recipient of the MetLife Foundation Silver Scholar Award, honoring his research to define the value of healthy aging and medical innovations to help individuals live healthier and longer lives; the Eugene Garfield Economic Impact Prize, recognizing outstanding research demonstrating how medical research impacts the economy; the National Institute for Health Care Management Research Foundation award for excellence in health policy; and the Alice S. Hersh New Investigator Award recognizing contributions of a young scholar to health services research.

Dr. Goldman is also an Adjunct Professor of Health Services at UCLA and a research associate with the National Bureau of Economic Research.  He was a co-founder of Precision Health Economics, a consultancy that provides services to health insurance, pharmaceutical, biological and health care technology companies, and he currently serves as a consultant to the firm.  He serves on a scientific advisory board to ACADIA Pharmaceuticals.  Prior to arriving at USC, he spent 15 years at the RAND Corporation, where he held the Distinguished Chair in Health Economics and served as director of RAND's program in Health Economics, Finance, and Organization and the Bing Center for Health Economics. 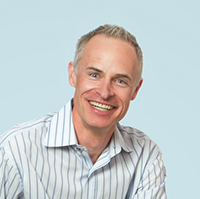 Bob Kocher, MD, is a partner at Venrock and focuses on healthcare IT and services investments. He currently serves on the boards of Castlight and Hope Street Group and the advisory boards of the National Institute of Healthcare Management, Harvard Medical School Health Care Policy Department and ChildObesity180.

Kocher joined Venrock from McKinsey & Company, where he was a partner and led the McKinsey Center for U.S. Health Reform and worked with the various constituencies in the healthcare ecosystem to improve health policy, productivity, clinical outcomes and patient experience. He is also a non-resident senior fellow at the Brookings Institution Engleberg Center for Health Reform and co-chair of the Health Data initiative, a joint effort of Health and Human Services and the Institute of Medicine, to release healthcare data to spur private sector innovation to improve healthcare cost and quality.

Prior to joining Venrock, Kocker served in the Obama administration as special assistant to the president for Healthcare and Economic Policy and a member of the National Economic Council. There, he was one of the leading shapers of the healthcare reform legislation focusing on cost, quality and delivery system reform. He was one of the leaders of first lady Michelle Obama’s “Let’s Move” childhood obesity initiative, led the formation of the Partnership for a Healthier America and served on the federal advisory panel charged with developing a national obesity strategy.

Kocher received undergraduate degrees from the University of Washington and a medical degree from George Washington University. He completed a research fellowship with the Howard Hughes Medical Institute and the National Institutes of Health, and went on to complete his internal medicine residency training at the Beth Israel Deaconess Medical Center and Harvard Medical School. 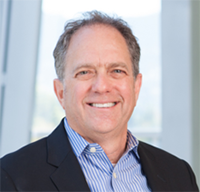 Prior to Amgen, Galson was senior vice president for Civilian Health Operations and chief health scientist at Science Applications International Corporation. Galson spent more than 20 years in government service, including two years as acting Surgeon General of the United States. Previously, he served as director of the Food and Drug Administration’s (FDA) Center for Drug Evaluation and Research (CDER), where he provided leadership for the center’s broad national and international programs in pharmaceutical regulation.

Galson began his Public Health Service (PHS) career as an epidemiological investigator at the Centers for Disease Control and Prevention (CDC) after completing a residency in internal medicine at the Hospitals of the Medical College of Pennsylvania. He also held senior-level positions at the Environmental Protection Agency (EPA); the Department of Energy, where he was chief medical officer; and the Department of Health and Human Services. Prior to his arrival at the FDA, Galson was director of the EPA’s Office of Science Coordination and Policy, Office of Prevention, Pesticides and Toxic Substances.

Galson holds a BS from Stony Brook University, an MD from Mt. Sinai School of Medicine, and an M.P.H. from the Harvard School of Public Health. In 2008, Galson received an Honorary Doctor of Public Service Degree from Drexel University School of Public Health, and in 2015, he received the Jacobi Medallion Award from Icahn Mount Sinai School of Medicine. In 2018 Galson was named the Health Leader of the Year from the Commissioned Officers Association of the United States Public Health Service. Galson is a member of the Clinical Trials Transformation Initiative Executive Committee, a trustee on the PHS Commissioned Officers Foundation and on the board of trustees for the Keck Graduate Institute. 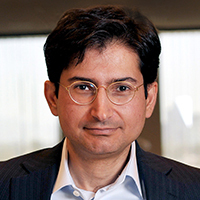 Darius Lakdawalla holds the Quintiles Chair in Pharmaceutical Development and Regulatory Innovation at USC, where he sits on the faculties of the USC Schaeffer Center, the USC School of Pharmacy and the USC Price School of Public Policy. He is a widely published, award-winning researcher, and a leading authority in both health economics and health policy.

Register Now The event you will register for is named WEBINAR: Public-Private Efforts to Test and Mitigate COVID-19