The last decade has brought an increased focus on improving payment models to reward value over volume of care delivered.  While many consider this a step in the right direction, there are challenges that still need to be addressed to facilitate this transition.  What can we learn about what has and hasn’t worked so far?  What changes need to occur to fully realize the potential of value-based payment models? What role has COVID-19 had on the move toward value-based payment?  Where do we go from here?

Join Schaeffer Center Associate Director Erin Trish in conversation with Elizabeth Fowler, Executive Vice President for Programs at The Commonwealth Fund, and Schaeffer Initiative Director Paul Ginsburg on September 16 for a discussion of the future of value-based payment in the U.S. 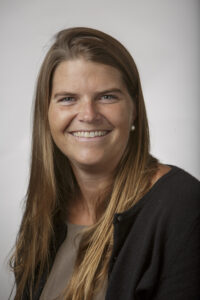 Erin Trish is the associate director of the USC Schaeffer Center and an assistant professor of pharmaceutical and health economics at the USC School of Pharmacy. In addition, she is a nonresident fellow in Economic Studies at the Brookings Institution and a scholar with the USC-Brookings Schaeffer Initiative for Health Policy.

Her research focuses on the intersection of public policy and health care markets, with recent projects focused on surprise medical bills, prescription drug spending, health care market concentration, and health care reform. Her research has been funded by grants from the Robert Wood Johnson Foundation and the Laura and John Arnold Foundation and published in leading health policy, health economics, and medical journals. She has testified in the California State Assembly and presented her research at numerous federal agencies, including the Congressional Budget Office, Federal Trade Commission, Office of the Assistant Secretary for Planning and Evaluation, and the Center for Consumer Information and Insurance Oversight. In 2018 she received the Seema Sonnad Emerging Leader in Managed Care Research Award. 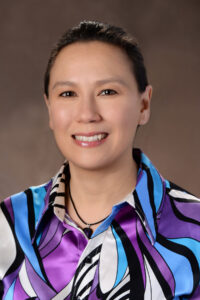 Elizabeth Fowler joined the Commonwealth Fund in 2019 as Executive Vice President for Programs. Before joining the Fund, Dr. Fowler served as Vice President for Global Health Policy at Johnson & Johnson. In that role, she focused on health care delivery system and payment reform in the U.S. and health care systems and reform in emerging markets. Prior to that position, she was a special assistant to President Barack Obama on health care and economic policy at the National Economic Council, and occupied key positions at the U.S. Department of Health and Human Services, where she assisted with implementation of the Affordable Care Act. Prior to her work in the administration, Dr. Fowler was Chief Health Counsel to former Senate Finance Committee Chair, Senator Max Baucus, served as Vice President of Public Policy and External Affairs for WellPoint, Inc. (now Anthem), and as an attorney with the Washington law firm Hogan & Hartson. She also spent nearly five years as a health services researcher with Park Nicollet Foundation in Minnesota. She earned her bachelor’s degree from the University of Pennsylvania, a PhD from the Johns Hopkins Bloomberg School of Public Health, and a law degree from the University of Minnesota. She is admitted to the bar in Maryland, the District of Columbia, and the U.S. Supreme Court. 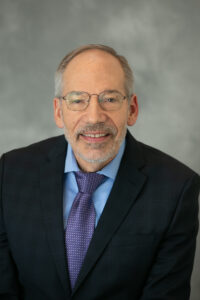 From 1995 through 2013, he served as president of the Center for Studying Health System Change (HSC), an organization he founded. Initiated with core support from the Robert Wood Johnson Foundation, HSC conducted research to inform policymakers and other audiences about changes in organization, financing and delivery of care, and their effects on people. HSC was widely known for the objectivity and technical quality of its research and its success in communicating it to policymakers, industry and the media as well as to the research community. It enjoyed particular respect for its knowledge of developments in communities and healthcare markets.

Prior to founding HSC, Ginsburg served as founding executive director of the predecessor to the Medicare Payment Advisory Commission (MedPAC). Widely regarded as highly influential, MedPAC developed the Medicare physician payment reform enacted by Congress in 1989. In 2016, Ginsburg was appointed a MedPAC commissioner. He was a senior economist at RAND and served as deputy assistant director at the Congressional Budget Office (CBO). Before that, he served on the faculties of Duke and Michigan State universities. He earned his doctorate in economics from Harvard University.

Ginsburg is a noted speaker and consultant on the changes in the financing and delivery of healthcare, particularly on the evolution of healthcare markets. In addition to presentations on the overall direction of change, recent topics have included cost trends and drivers, consumer driven healthcare, provider payment reform, price transparency, the future of employer-based health insurance, addressing growing provider leverage and competition in healthcare. As a senior adviser to the Bipartisan Policy Center, he has contributed to reports on reducing federal spending on healthcare (2010), on a strategy to contain healthcare costs (2013) and on approaches to provider payment reform in Medicare (2014-2015). He has been named to Modern Healthcare’s “100 Most Influential Persons in Health Care” eight times. He received the first annual HSR Impact Award from AcademyHealth. He is a founding member of the National Academy of Social Insurance, a public trustee of the American Academy of Ophthalmology, served two elected terms on the Board of AcademyHealth, served on CBO’s Panel of Health Advisors and serves on Health Affairs’ editorial board. In 2015, he was appointed to Health and Human Services' National Advisory Council for Health Care Research and Quality.