Lauren Rogen, will present at the Schaeffer Center as part of the Spring 2020 Seminar Series. 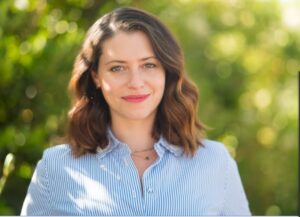 Lauren Miller Rogen is a screenwriter, director, and producer. When her mother was diagnosed with younger on-set Alzheimer’s Disease at just 55 years old, Lauren, co-founded HFC. By engaging people all over the US with humor and hope, HFC has raised over $11 million, primarily through their star-studded Hilarity For Charity variety shows in Los Angeles and NYC. Lauren and the HFC team have brought significant awareness to Alzheimer’s, inspired change, and accelerated progress by introducing innovative programs to provide care and support for families affected by Alzheimer’s today, while funding research on brain health for those at risk tomorrow. In addition to her role at HFC, Lauren has served as the Alzheimer’s patient advocate on the board of California’s Institute of Regenerative Medicine (CIRM) since 2013.

Register Now The event you will register for is named Seminar Series: Lauren Rogen