Twenty-seven million Americans lack health insurance today and that number is increasing. With a number of competing proposals on the table, which path should policymakers follow, while keeping costs affordable and sustainable?

On Thursday, Sept. 26, USC-Brookings Schaeffer Initiative for Health Policy along with the Price School of Public Policy and the USC School of Pharmacy hosted a discussion on policy levers to achieve universal coverage. Featured speakers included California Attorney General Xavier Becerra, who has challenged multiple actions by the federal government to limit certain healthcare funding and targeted alleged anti-competitive practices in the healthcare industry.

A panel followed to discuss various paths to universal coverage, including how to fix and expand the Affordable Care Act, creating a process for automatic enrollment, and managing excessive prices in the healthcare system. 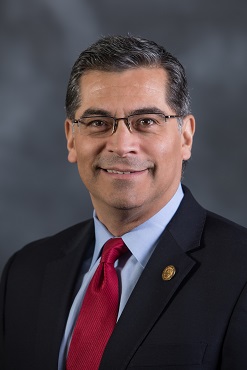 On January 24, 2017, Xavier Becerra was sworn in as the 33rd Attorney General of the State of California, and is the first Latino to hold the office in the history of the state.

Attorney General Becerra previously served 12 terms in Congress as a member of the U.S. House of Representatives, representing California’s 34th Congressional District. During this time, he served on the House Ways and Means Committee where he worked on the federal health programs, Medicare, Medicaid and the Affordable Care Act (ACA).

As the State’s chief law enforcement officer, the Attorney General is committed to protecting Californians' access to quality, affordable healthcare for all Californians; protecting the rights of women, LGBT individuals, immigrants, and other populations to access healthcare; and defending against efforts to undermine the ACA.

Attorney General Becerra is currently leading a coalition of 21 attorneys general in defending the ACA and the healthcare of millions of Americans in Texas v. United States. He is also defending against the Trump Administration’s harmful birth control rules that allow denial of care by employers in California v. Azar.