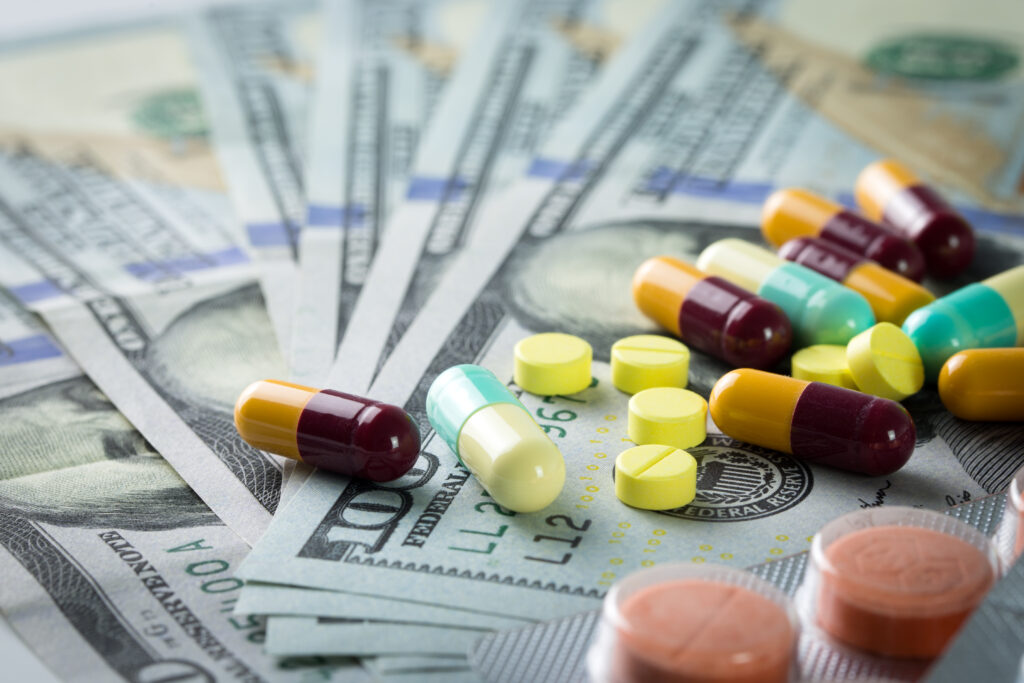 Even in these politically divisive times, most Republicans, Democrats and independents agree that the president and Congress should prioritize lowering the costs of prescription drugs. However, while such support may make bipartisan cooperation possible, the most prominent policy proposals lack the consensus needed to make any of them a reality. Then, of course, there is the challenge of ensuring that any proposals implemented actually rein in costs without constraining medical innovation that saves and improves lives.

The USC Schaeffer Center provides evidence-based solutions for controlling the spiral of drug prices while rewarding innovation–  as well as working to build the political consensus necessary to realize them. Schaeffer Center researchers have proposed initiatives that include: promoting value-based pricing to align drug costs with the benefits achieved, encouraging competition among generic drug manufacturers, introducing transparency to the drug-distribution system and targeting global pricing to spread the burden more evenly around the world. 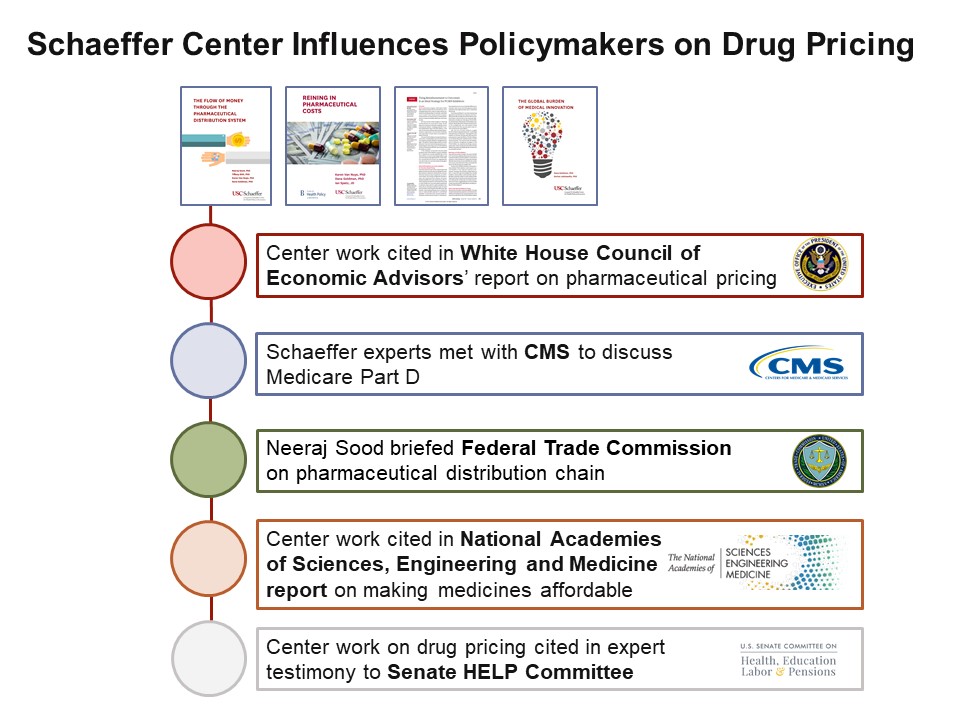 Our nation’s pharmaceutical manufacturers and health insurers have traditionally priced drugs per dose rather than by effectiveness. This can distort the incentives for payers and patients — as in the case of standalone Medicare drug plans that actually penalize insurers for encouraging patient adherence.

As an alternative to the price-per-dose approach, value-based pricing seeks to better align incentives between payers and providers. The system links pricing to a drug’s benefits as demonstrated in clinical trials and other data-driven methods that are reproducible and transparent. As suggested by Schaeffer Center Director Dana Goldman, Professor Karen Van Nuys, and others, examples of value-based pricing include:

Yet, while value-based pricing for prescription drugs has taken hold throughout Europe, Americans have only begun to employ its methods. One perceived roadblock is that Medicaid’s best-price rule — aimed at safeguarding discounts — keeps companies from employing these novel pricing arrangements. However, investigators including Schaeffer Center Director of Research Darius Lakdawalla found that, while the rule does present challenges, it need not impede progress.

“The law here is complex, and moving to a pay-for-value model for drugs will require close coordination between manufacturers, payers and regulators,” Lakdawalla and his coauthors write.

PCSK9 inhibitors have been shown to lower low-density lipoprotein cholesterol levels by up to 75 percent in multiple trials. Further analysis demonstrates that they may also reduce major adverse cardiovascular events.

Unfortunately, their use has been limited by their high cost of roughly $15,000 per year before discounts. Studies show that 83 percent of PCSK9 inhibitor prescriptions are initially rejected — of which only 26 percent of claims are eventually reversed. While further studies are needed, outcomes-based pricing presents a promising strategy for improving access to PCSK9 inhibitors at a cost in line with their value to patients and the healthcare system.

Nearly 88 percent of prescriptions written in this country are for generic drugs, and, for the most part, their prices are reasonable. But after Mylan dramatically increased the price of its epinephrine-administering EpiPen, and Turing hiked the cost of Daraprim by 5,000 percent, a national furor erupted.

Any price interventions should be predicated on a clear understanding of the economic forces driving increases, and the parties responsible for them. Schaeffer Center Strategic Advisor Neeraj Sood led research that analyzed the pharmaceutical distribution system, along with the cost and profit margins of each system player. He and co-authors Dana Goldman and Karen Van Nuys found that more than 20 percent of spending on prescription drugs is captured as profit in the distribution chain composed of insurers, wholesalers, pharmacies and benefit managers.

While this complex and opaque system allows competition to regulate prices, it also can lead to market distortions disproportionately benefiting certain parties. “While the current analysis cannot say definitively whether any sectors make excessive profits, greater scrutiny of pricing policies of each sector and more competition throughout the distribution system is warranted,” the authors conclude.

Sood personally briefed the FTC about the team’s analysis.

While the advantages of medical innovation are felt all over the world, the United States carry a disproportionate amount of the financial burden. American consumers spend nearly three times as much on medications as their European counterparts — and 90 percent more as a share of income. Indeed, between 64 and 78 percent of worldwide pharmaceutical profits are made from the U.S.

If … the United States could persuade its trading partners to tilt their policies modestly in favor of higher prices, to stimulate innovation, they could help their future patients without unduly harming existing ones

Using an economic-demographic microsimulation, Dana Goldman and Darius Lakdawalla estimated that a 20 percent increase in European pharmaceutical prices would generate $7.5 trillion in healthcare gains for that continent and $10 trillion in gains for the U.S. over the next 50 years. So encouraging other wealthy countries to shoulder more of the burden of drug discovery would ultimately benefit the entire world — especially since these savings could help power continued subsidies to improve healthcare in developing nations.

Granted, getting consumers used to low prices to pay more can be a challenge. However, as the Washington Post editorial board observed in a May 2018 column inspired by this research, “If … the United States could persuade its trading partners to tilt their policies modestly in favor of higher prices, to stimulate innovation, they could help their future patients without unduly harming existing ones.”