Editor’s note: This story was first published by The Mercury News on April 4, 2021 and written by Claudia Boyd-Barrett.

Tessa Thulien of San Francisco was mortified when she found out she had gestational diabetes, a blood sugar disorder diagnosed during pregnancy.

Six months pregnant with her first child, Thulien immediately blamed herself. Was it the coffee and dessert she had over the holidays? Perhaps she should have worked out five times a week, instead of three?

It just felt incongruent,” said the 35-year-old tech worker, who takes pride in staying fit and eating vegetarian. I was like, I’m not leading this unhealthy lifestyle. It was just like, oh, I don’t understand how I can have it.”

Pregnant women in California are, like Thulien, increasingly facing a gestational diabetes diagnosis. The disorder’s unrelenting ascent has alarmed medical providers, and spurred a range of efforts to address the problem. 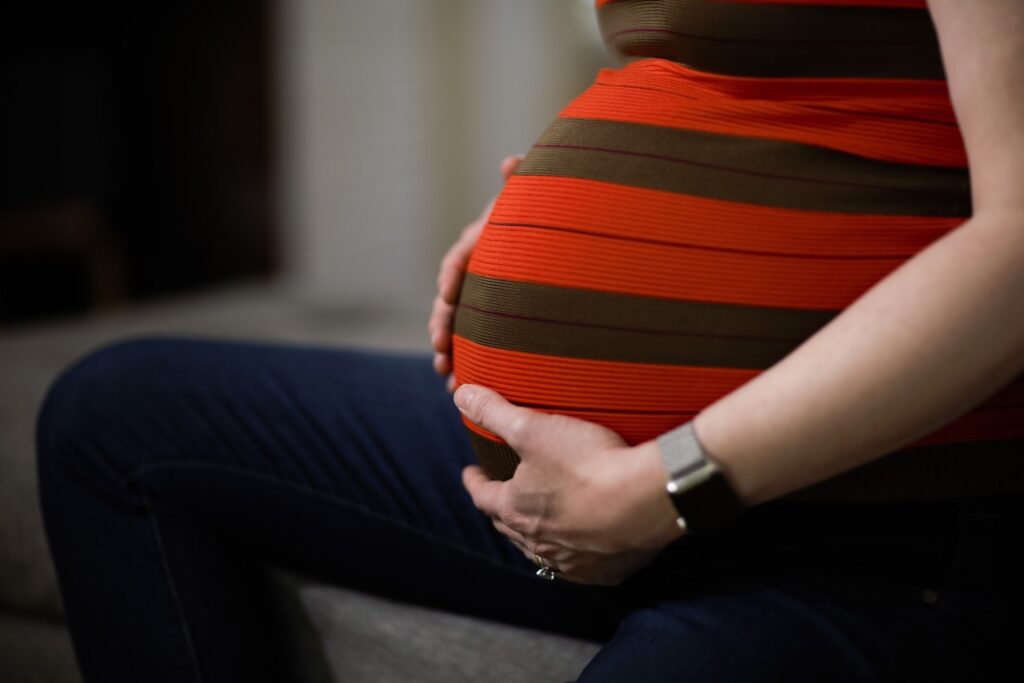 Marin and Solano counties bucked the trend with rates slightly below the state average. Nevertheless, all counties have seen their rates go up over the past eight years.

“It really is a very serious problem,” said Dr. Melinda Scully, a maternal and fetal medicine specialist who runs the Diabetes and Pregnancy program at Sutter Health’s California Pacific Medical Center (CPMC) in San Francisco, where Thulien is now receiving treatment. “And the problem is that it’s becoming a lot more serious.”

Gestational diabetes occurs when a hormone made by the placenta prevents the body from using insulin effectively to absorb glucose from food. This results in high blood sugar that can be dangerous to mom and baby. Women with the disorder didn’t have diabetes before they got pregnant. Depending on the severity, treatment can include diet and lifestyle modifications, insulin shots, and other medications. The disorder normally goes away once the baby is born. However, about half of women who’ve had gestational diabetes go on to develop Type 2 diabetes later in life. 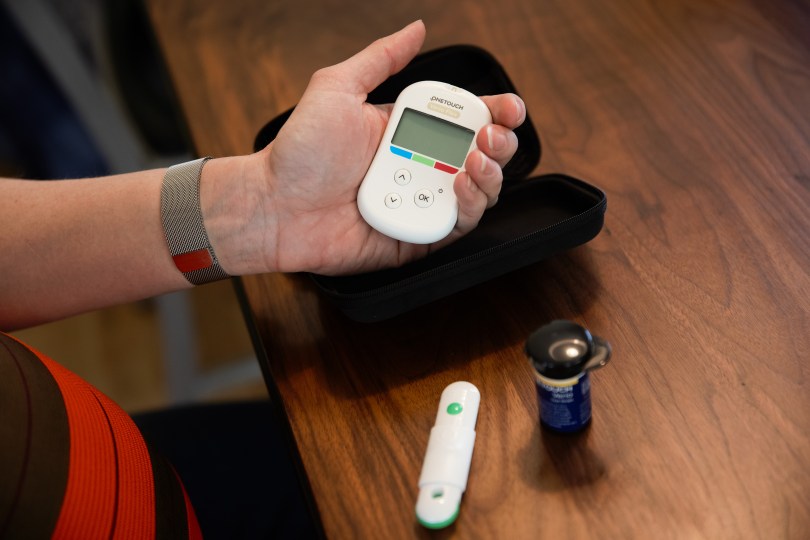 There are other concerns. Babies born to women with gestational diabetes are at risk for growing so large they get injured on their way through the birth canal. As a result, they’re more likely to be born by cesarean section.

Preterm birth is another possible complication. The risk is particularly acute for older moms. About one out of every four pregnant women over age 34 and who delivered preterm in 2018 had the disorder, said Jelliffe-Pawlowski. Preterm birth puts babies at risk for health complications, such as heart problems and developmental delays.

Perhaps most alarming is the potential for a self-reinforcing loop. Studies suggest that children born to women with gestational diabetes are more likely to get diabetes themselves as they grow older.

“It kind of has a snowball effect,” said Dr. Assia Ferrara, a leading expert in the field and a researcher at Kaiser Permanente’s Northern California Division of Research in Oakland. “Basically, when a baby is exposed in utero to hyperglycemia (high blood sugar usually from uncontrolled diabetes) and maternal obesity, the baby is more likely to be born large for gestational age and develop obesity later in life.”

While proper treatment of gestational diabetes during pregnancy mitigates the risks for excessive birth weight, c-section delivery and preterm labor, it doesn’t seem to reduce children’s chances of getting diabetes, said Scully.

“The reality is those kids still remain at risk for developing Type 2 diabetes at a much earlier age,” she said.

While gestational diabetes can affect any pregnant woman, some are more at risk than others. Having a family history of diabetes, being overweight or physically inactive, being older than 35, having a hormonal condition called polycystic ovarian syndrome, and having high blood sugar levels before getting pregnant are all risk factors. Rates also vary significantly by race.

Asians, Blacks, Hispanics, Native Americans and Pacific Islanders are all more likely to develop gestational diabetes than White women. Asians are at highest risk. Almost 18 percent of Asian women in California developed the disorder in 2018, said Jelliffe-Pawlowski. For Blacks and Hispanics the rate was around 12 percent, compared to fewer than nine percent of Whites.

At UCSF’s Preterm Birth Initiative, researchers are exploring how racism in the healthcare system and in society influences pregnancy health among women of color, including gestational diabetes rates. Although genetic factors may play a role, especially among Asian women, Jelliffe-Pawlowski and her team believe bias among providers coupled with the stresses of structural racism make women of color more susceptible to pregnancy complications. 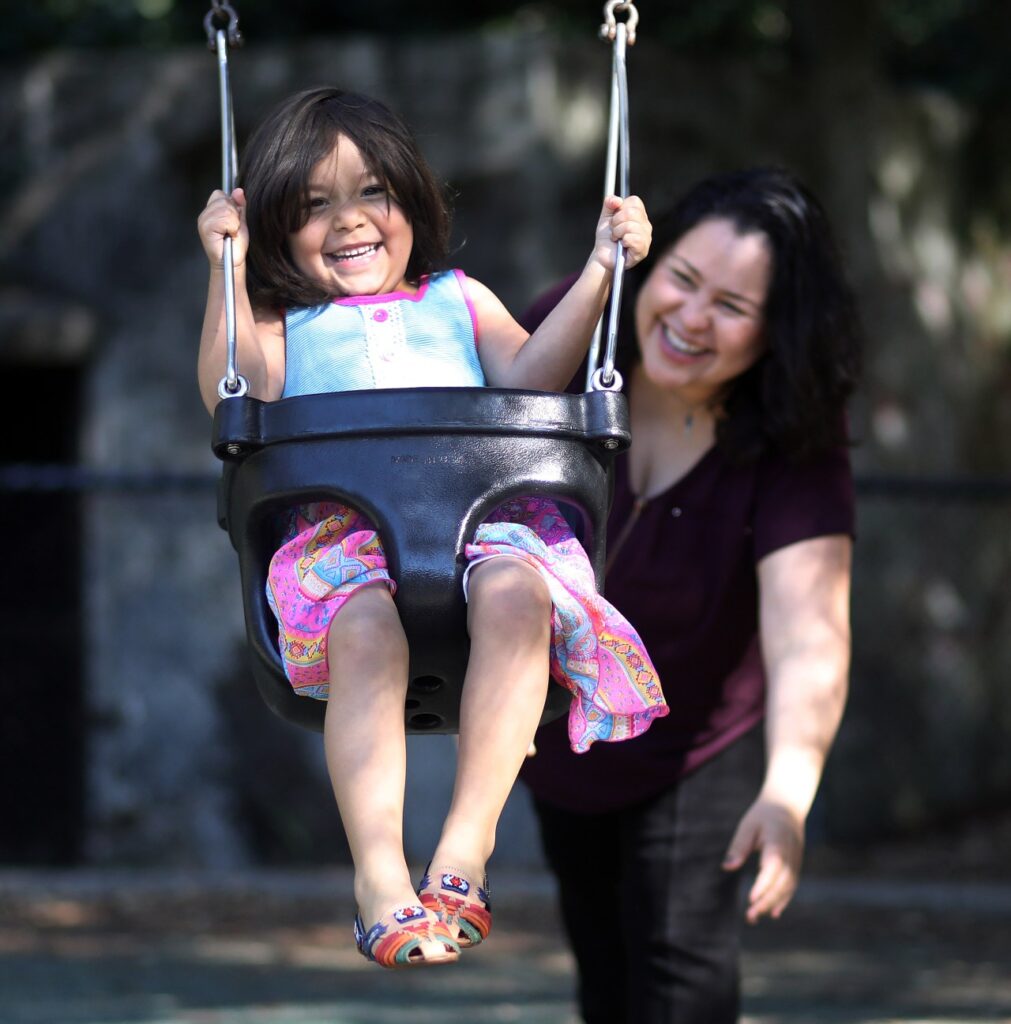 Nayeli Bernal, 39, of Oakland says she’s experienced first-hand what the researchers are studying. She remembers the words printed in all caps on her hospital discharge papers after the birth of her first child: “OVERWEIGHT, LATINA, C-SECTION.”

Why didn’t the papers mention she’d had a traumatic labor experience, and a failed induction?

When she developed gestational diabetes during her next two pregnancies, she skipped most of her diabetes check-ins.

“For a while they would call me for weeks, and I was like, I’m not responding. I had a lot of fear,” she said.

Dr. Tanya Khemet Taiwo, a midwife and epidemiologist who works with low-income patients in the Davis area, said Bernal’s experience is common. The health care system is often not responsive to the needs of women of color, she said.

“Blackness itself is not pathological, being Hispanic is not pathological. It’s the experience of walking around in this skin in this country that exposes you to experiences and lifestyle and challenges that are going to create the risk factors for gestational diabetes,” she said.

Variations in population diversity may explain why some Bay Area counties have higher rates than others, several experts speculated. In Santa Clara County, for example, less than a third of the population is non-Hispanic White and almost 40 percent is Asian. Compare that to Marin County, where more than 70 percent of the population is White, according to U.S. Census statistics.

But the big question remains: Why are rates going up?

Part of the explanation could be benign – a shift in how the disorder is diagnosed. Around 2013, some providers began using a diagnostic test that resulted in more pregnant women being classified as diabetic. While there is some debate over how or whether this has influenced diagnosis rates since, Jelliffe-Pawlowski said it’s not enough to account for the steady increase in gestational diabetes cases.

What experts can agree on is that obesity is one major contributor to the disorder’s increasing rates in California and worldwide. One in four Californians were obese in 2019, according to the CDC.

Obesity is defined as having a body mass index (BMI) of 30 or higher, an indicator of body fat that is well above healthy levels. Even just being overweight, which is a BMI between  25 and 30, increases people’s chances of experiencing health problems.

Dr. Jeffrey Faig at Stanford University Medical Center said he’s alarmed at how prevalent obesity has become among reproductive-age patients. Among patients who visit Faig’s clinic, 92 percent of Hispanics and 74 percent of Asian-Indians are overweight or obese, along with 47 percent of White patients and 42 percent of Asians generally. He did not provide data on Black patients.

“Even when I started in 2003 the rate was high, but it has been dramatically increasing since then,” he said. “We live in an obesity epidemic.”

Like gestational diabetes, obesity disproportionately impacts people of color in the United States and has been tied to poverty and systemic racism. Blacks, Hispanics, Asian Americans and Pacific Islanders, and Native Americans are all more likely than Whites to live in poverty. That means they’re more likely to have trouble affording or accessing healthy food, and to live in neighborhoods that lack green space and safe opportunities for exercise. 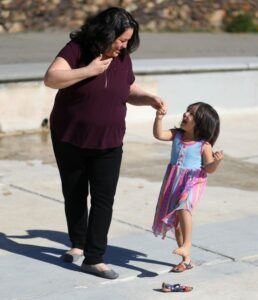 Thulien is enrolled in the Diabetes and Pregnancy program at Sutter Health’s California Pacific Medical Center in San Francisco. Each week, she meets with either a nutritionist or a nurse, both trained in diabetes education. She sends them her daily blood sugar measurements and meal logs, and they discuss adjustments to her diet to keep her blood sugar levels in check, such as eating every three hours and adding more vegetables, fats and proteins.  She recently started taking insulin shots too.

“I’ve never experienced ongoing care like this,” she said. “It is something … I think would be really, really valuable for anyone in pregnancy in general.”

Programs like Sutter’s provide vital support to pregnant women with gestational diabetes. But most experts agree prevention is key to reversing the upward trend.

The state’s Sweet Success program, which provides training and resources to diabetes education programs statewide, plans to train pediatricians to offer follow-up care to women who’ve had the disorder.

The UCSF California Preterm Birth Initiative is working to develop tools to assess the stressors a pregnant woman might be facing — such as discrimination and racism, housing insecurity, a lack of social supports, or depression. This information can be used to create a personalized care plan that takes into account her experiences, health challenges, and preferences.

Efforts like these could be hugely effective at stemming the rising tide of gestational diabetes cases.

Thulien feels lucky to have a job that’s allowed her to work (and eat) from home during the pandemic, and a supportive husband.

“I’m really grateful that it hasn’t felt overwhelming,” she said.

As for Bernal, her children were born healthy, and so far she has not developed Type 2 diabetes. But she knows the outcome could have been different. She said she would have felt more comfortable accepting diabetes care if her team had included a Latino provider, or someone with a similar life experience to her own.

“I just wanted somebody who could get it,” she said.