The overwhelming majority of the country’s schools and businesses have been shut down for over a month to slow the spread of COVID-19. As states start to lift stay-at-home orders, business leaders and school administrators will have to develop plans to safely reopen while minimizing the spread of the coronavirus to employees, customers and students. 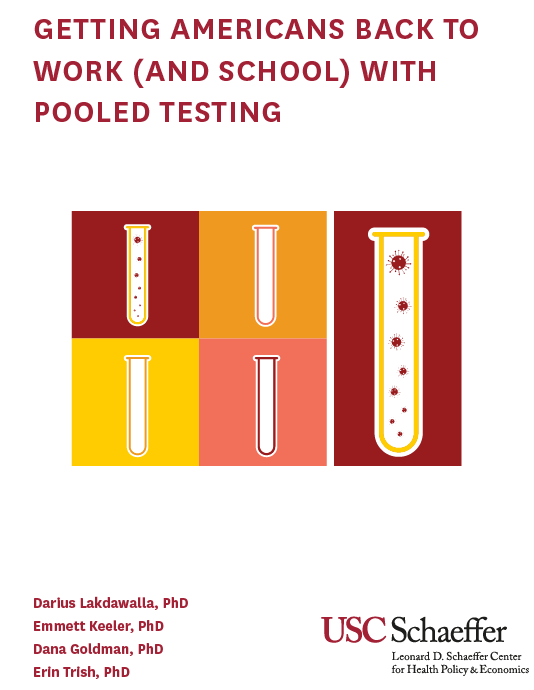 Darius Lakdawalla and colleagues propose a strategy first developed to track infectious disease over half a century ago: pooled testing. The basic idea is simple: Instead of running tests on each individual in a company or school, labs would combine individual samples and process them in batches, aka pools. The team’s analysis shows that this approach could reduce testing costs by at least half, which could add up to tens of billions of dollars saved, even when factoring in concerns about reliability and testing errors.

“Testing as a surveillance strategy is critical for a successful reopening of the country, especially given the concerns about people being infectious and asymptomatic. But testing millions of people individually is cost prohibitive,” Lakdwalla says. “Our study shows pooled testing is an effective tool for identifying people who have the virus at a reasonable cost.” Lakdawalla is director of research at the USC Schaeffer Center for Health Policy & Economics and the Quintiles Professor of Pharmaceutical Development and Regulatory Innovation at the USC School of Pharmacy.

Lakdawalla and his colleagues walk through a simple example to demonstrate the mechanics of pooled testing. Consider a company with 100 employees that is based in a city believed to have a 5 percent COVID-19 prevalence rate. The employer splits up their workforce into 20 groups of five workers each. 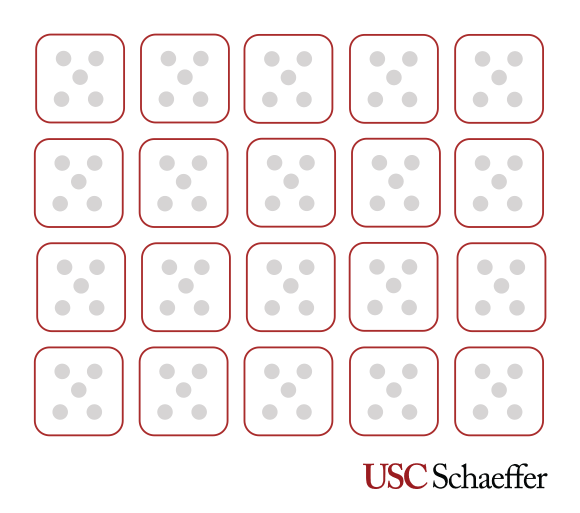 If we assume that five workers have an active COVID-19 infection (the company is suffering the same prevalence as the city), at most five pools will return positive tests. 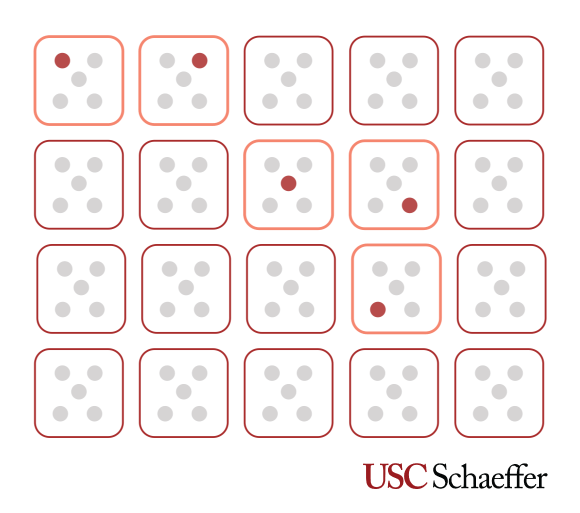 This savings of 55 percent could quickly add up if periodic testing is required and each test costs $50-$100.

“Decreasing the cost of testing by half or more is a game changer when we think about the feasibility of widespread testing strategies,” says co-author and Schaeffer Center Associate Director Erin Trish.

According to the researchers’ estimates, businesses and schools that implement this strategy effectively could reduce testing costs by 80 percent in low-prevalence regions. In higher-prevalence regions (measured at 5 percent), a savings of 50 percent is still achievable, as the example demonstrates.

What Is the Right Size for Pools?

The researchers note that understanding the prevalence of the virus in the population is crucial information for picking the right pool size. If prevalence is high and the pools are too big, the test results from many pools will be positive, which will quickly eat up any cost savings. On the other hand, if pools are small, employers will not realize the full potential of the strategy.

What if Tests Are Unreliable?

Recent studies suggest that about 3 in 10 infected patients will return a negative test result with the tests most commonly used today. These errors are driven by issues with sample collection as well as lab-processing missteps and are a concern in any testing strategy. The researchers take both of these types of errors into account in their modeling exercise.

“Hopefully tests will become more reliable in the future but, in the current situation, testing errors are a valid concern. What might be surprising is that in some cases pooling reduces errors or leaves them unchanged, and in others retesting can be used to mitigate those errors,” Lakdawalla says.

Billions of Dollars Are on the Line

A back-of-the-envelope calculation shows that with roughly 160 million Americans in the labor force each wave of COVID-19 testing could cost upward of $16 billion. If pooled testing helps employers realize 50 percent savings on these costs, this generates $8 billion per wave of testing that accrues to the bottom lines of American businesses.

“The U.S. was unprepared for this epidemic, and catching up will require innovative ideas. The economic crisis only increases the urgency. Batch testing is a novel strategy until individual testing is feasible and affordable,” said Dana Goldman, co-author and Director of the USC Schaeffer Center.

In addition to Lakdawalla and Goldman, study authors include Emmett Keeler. Funding for this study was provided by the USC Schaeffer Center for Health Policy & Economics.